Asiula
Admin
posted on 2 years ago
—
updated on 2 years ago
1,695
views
Lists
Currently, humanity produces over 300 milion tons of plastic every year, and if you think that's scary, how about the fact that only 10% of it gets recycled. What happens to the rest? It ends up in normal garbage bins, or even worse - in rivers and oceans, where it endangers and pollutes many animal species, leading to their eventual extinction. These 15 photos will show you what we are doing with our planet, and why it's time to change that.

1. We have produced more plastic in the past 10 years than during the entire 20th century.

2. An albatross died because of plastic it accidentally ate.

3. This young turtle got stuck in a piece of plastic. 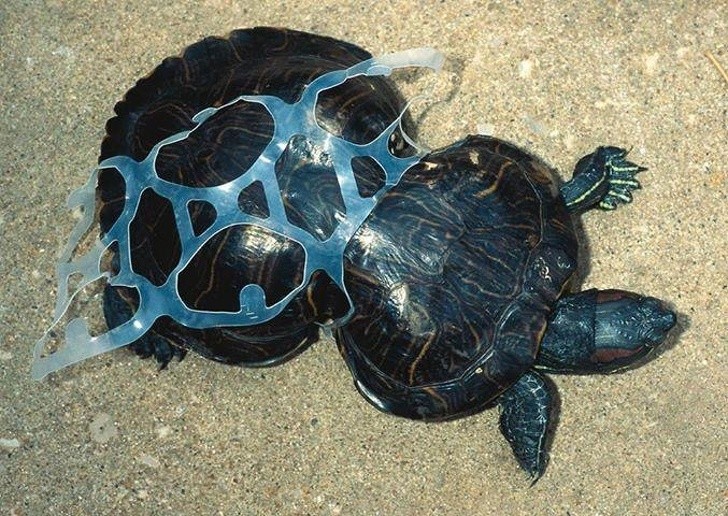 4. And this poor turtle got stuck in the remains of a plastic bucket.

5. Turtles really have a hard time out there.

6. This stork got wrapped in a plastic bag.

7. A duck got stuck in a piece of plastic.

8. This bird made a nest of plastic waste.

9. Beaches are so polluted that plastic becomes a home for many creatures.

10. This fish got stuck in a bottle tag.

11. Microplastic gets inside fish that we catch and eat later.

12. Just look at how much useless plastic we see in supermarkets!

13. One of the beaches in The Philippines

16. Bonus: A British diver made a shocking video while swimming in a sea of plastic waste near the coast of Bali.