Asiula
Admin
posted on 4 years ago
2,413
views
News
This poor dog was sure her time was coming to an end. She was cowering in fear after seeing how other dogs inside her cage are being pulled out and killed for their meat. The same fate was meant for her, but thanks to one man, everything changed. That man was Michael Chour.

Chour, founder of The Sound of Animals, a group that saves dogs from the meat trade in Southeast Asia, was visiting Chomkachek, Cambodia, when he encountered a dog slaughterhouse.

Chour spoke to the owner and negotiated the release of 17 dogs, including the little dog he named Sweety. 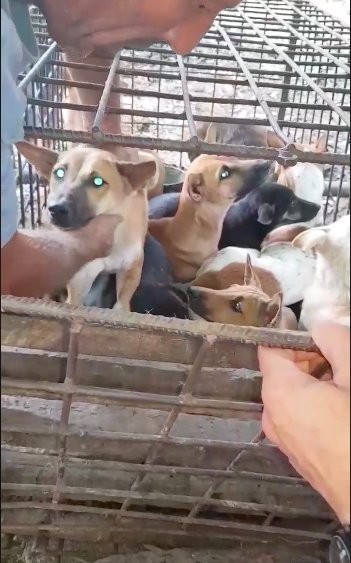 Sweety and the other dogs were moved to a temporary shelter in O Smach, Cambodia. Once their health was assessed, they’d be moved to the large dog shelter run by The Sound of Animals in Ban Kruat District, Thailand.

Chour hugging Sweety after he removed her from the cage 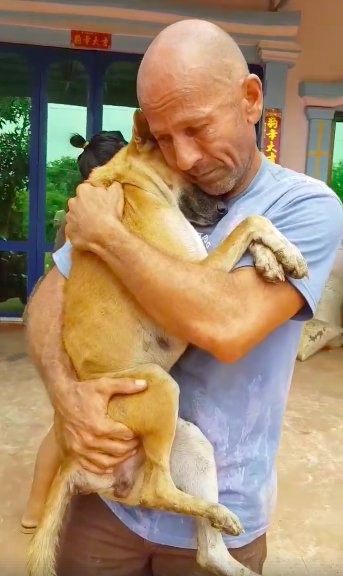 As Chour lifted Sweety out of her transport cage after she’d arrived at the temporary shelter, she was still very frightened. 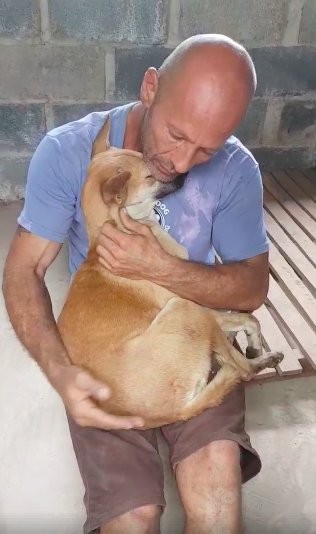 Sweety stayed in Chour’s arms for more than an hour and half, he said. “She cuddled tenderly, and let me kiss her,” Chour said. “My heart melted, and I could not restrain my tears.” 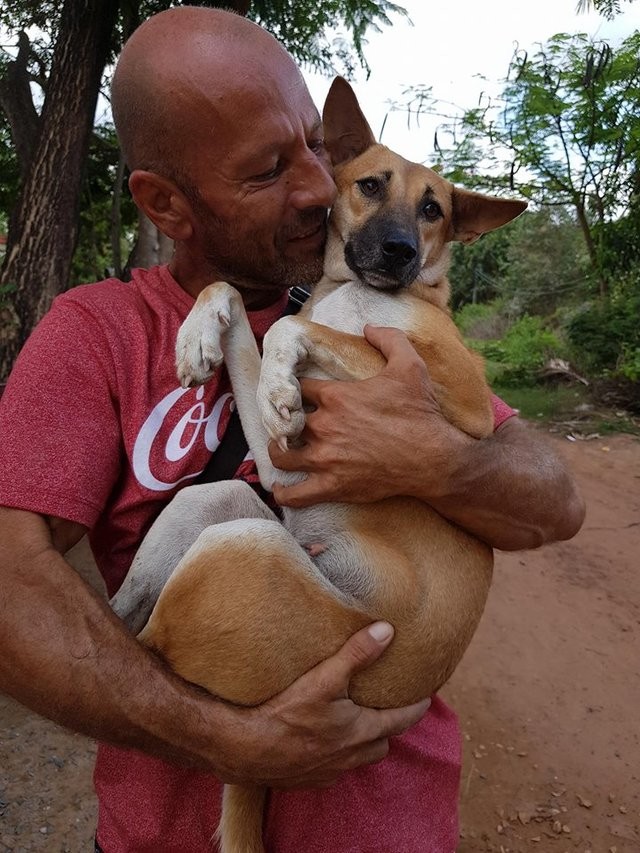 When Chour finally placed Sweety onto the ground, he could tell that she was more relaxed. “I see too many horrible things in all these slaughterhouses I visit,” Chour said. “I love to see them understand that they will live and receive love.” 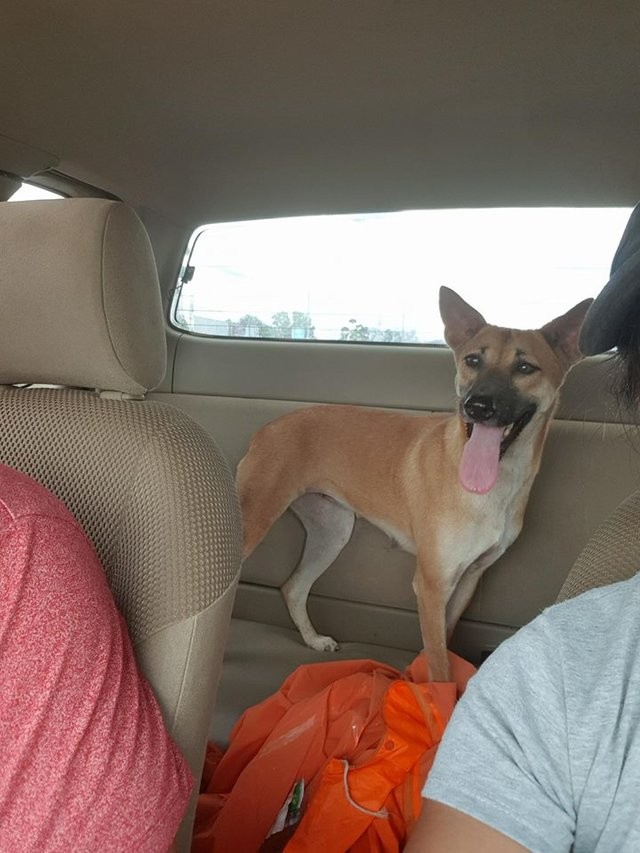 Sweety is now at the organization’s Thailand shelter, and she’s doing really well and making new friends, Chour said. Normally, Chour tries to find homes for his rescued dogs, but this time, he’s decided to keep Sweety as his own dog. 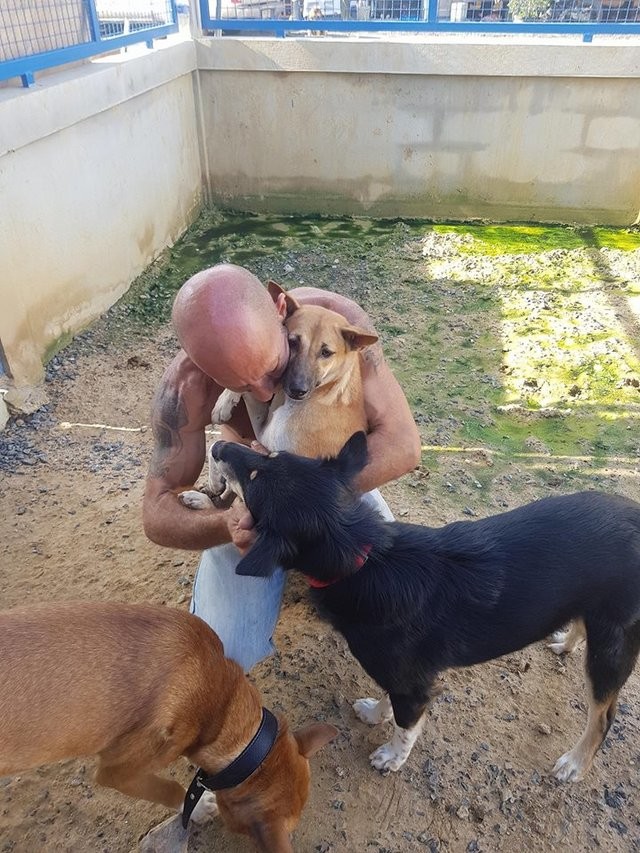 “All dogs have the right to a life of happiness, but some of them touch my heart more than others,” Chour said. “She is one of them.”