16 Pics To Wrinkle Your Brain! You look at a picture and wonder what the heck is going on! 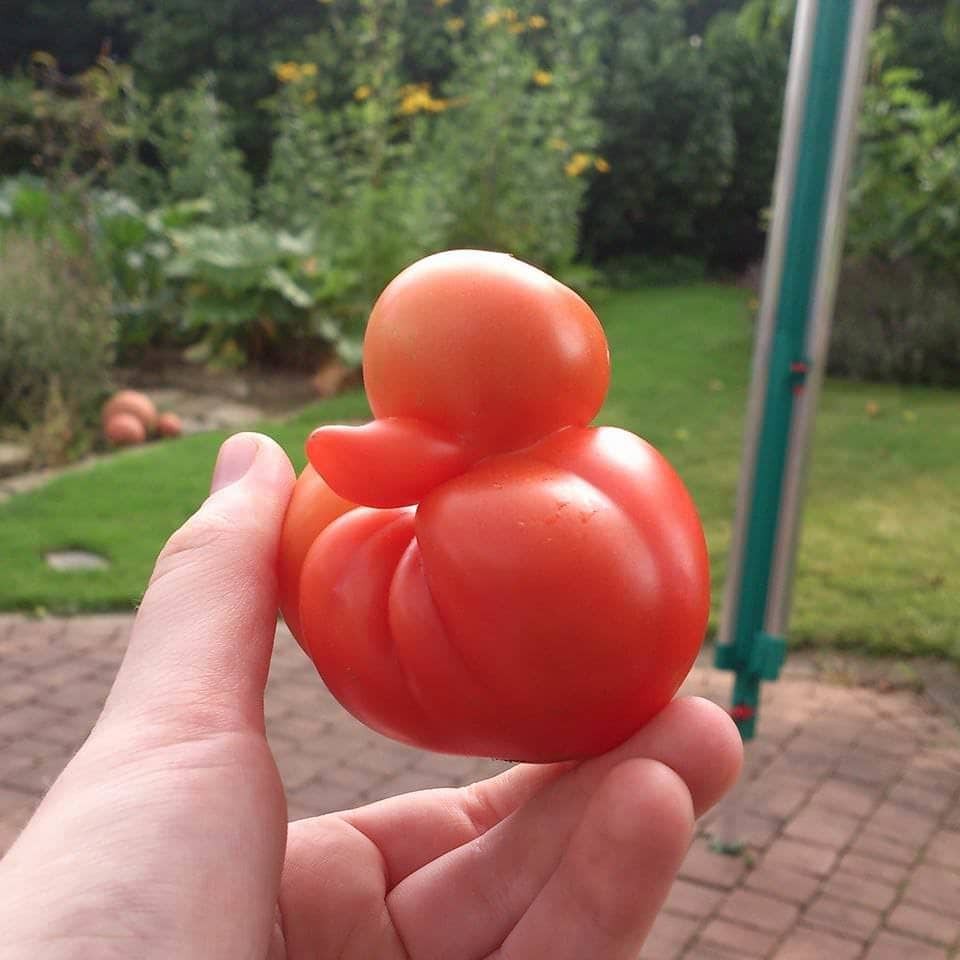 Toss this tomato in the tub and see if it floats because it sure looks a red duck ready for a swim.

2. This shopper left behind a very specific and ominous list 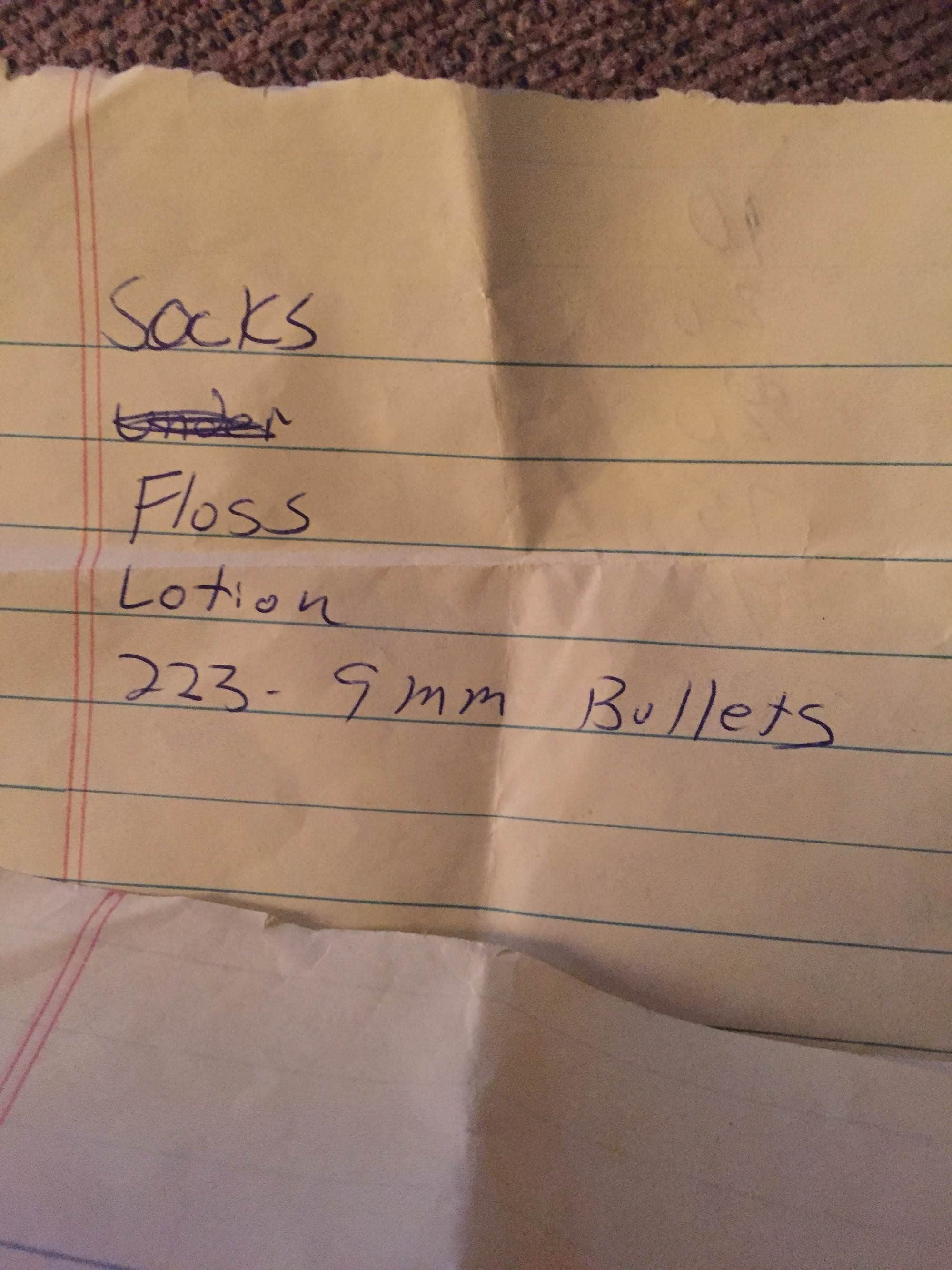 They needed precisely 223 bullets and for some reason changed their mind about purchasing underwear. Be on the lookout for weirdos with clean teeth, smooth skin, and bullets falling out of their pockets.

3. What lies beneath: A drought in Mexico lowered water levels and revealed this 400-year-old colonial church in a reservoir 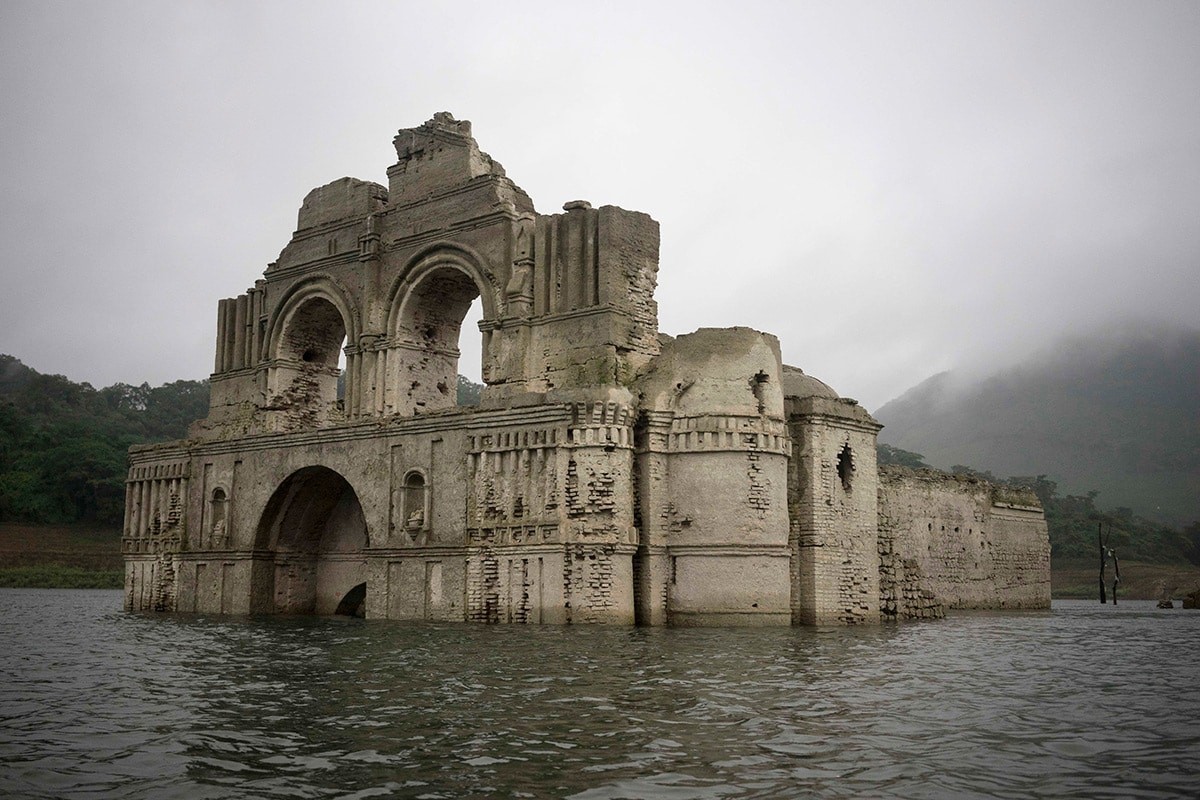 It makes you wonder what else could be down there. It also lends some credence to all those tales floating around about the Lost City of Atlantis.

4. These tiny Tardigrades look like astronauts or emergency workers battling the plague in HazMat suits 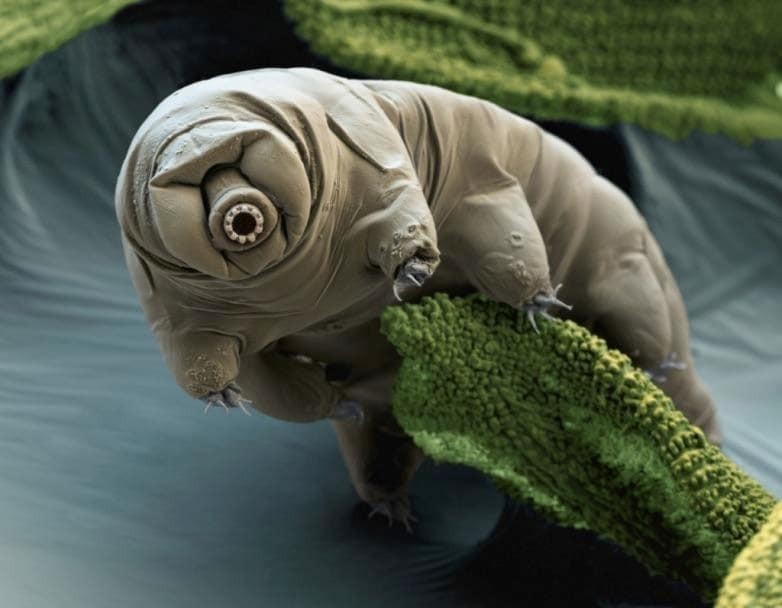 It's hard to believe these water-dwelling critters, also known as Water Bears or Moss Piglets, only measure about 0.5 millimetres. What's up with that perfectly round mouth?

5. The more you look at this, the less sense it makes 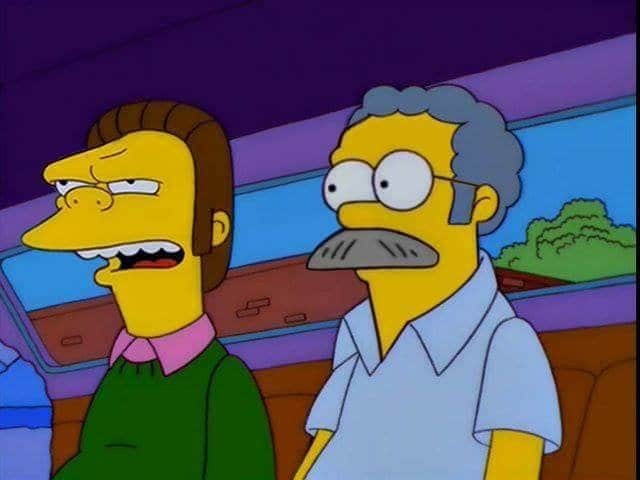 All they did was swap the faces, but it's extra strange given these characters' completely different back stories and temperaments. The guy on the right now oozes '70s perv and the one on the left has a real Cro-Mag anger.

6. Unless there's a Cheerio strategically placed outside of the frame of this camera, we're at a loss to explain this 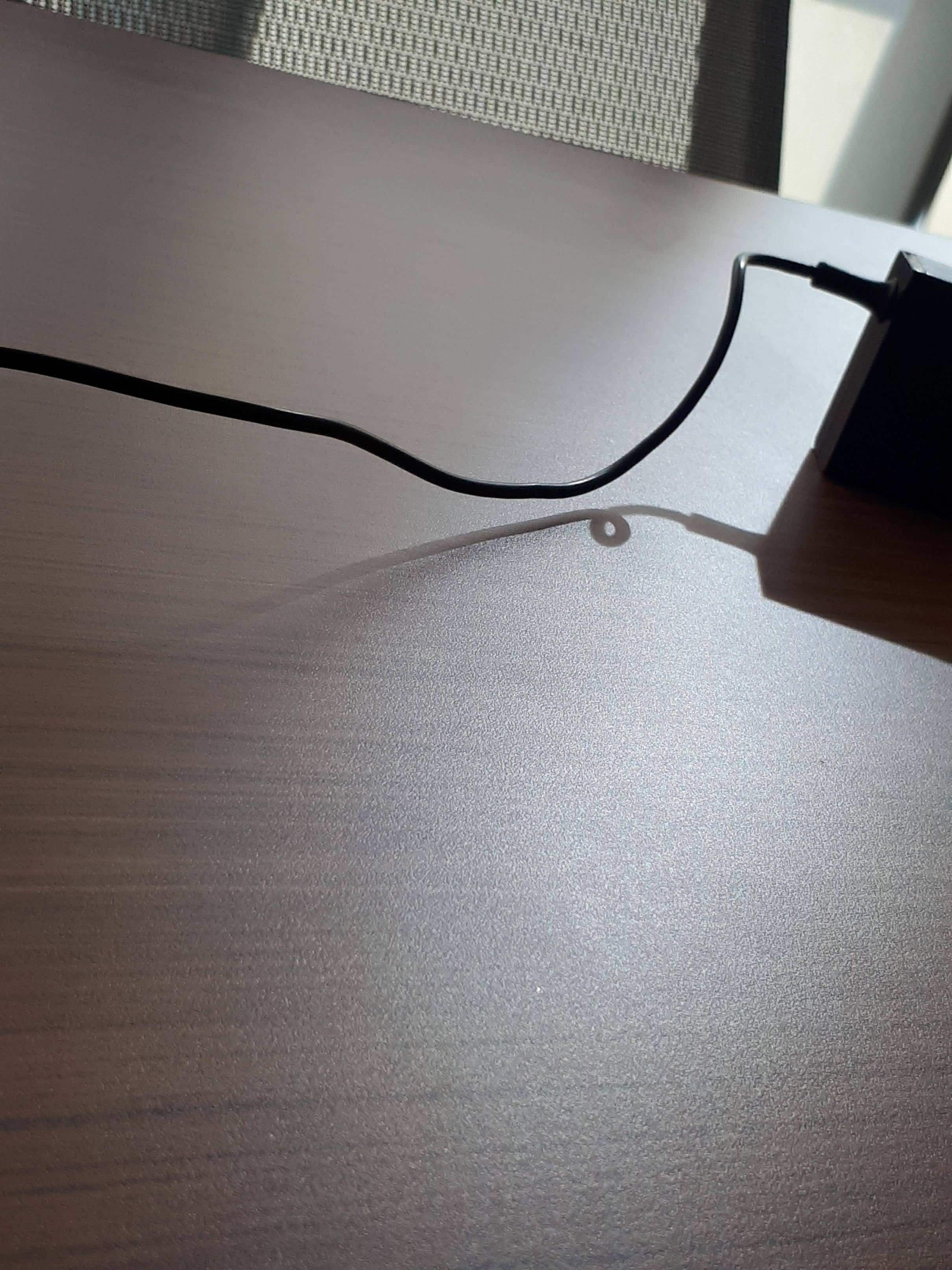 There's a shadow of a coiled wire but the wire itself is straight. It's a conundrum.

7. "When you said you were going to go and walk the lizard, I didn't think there was actually a lizard or a walk involved" 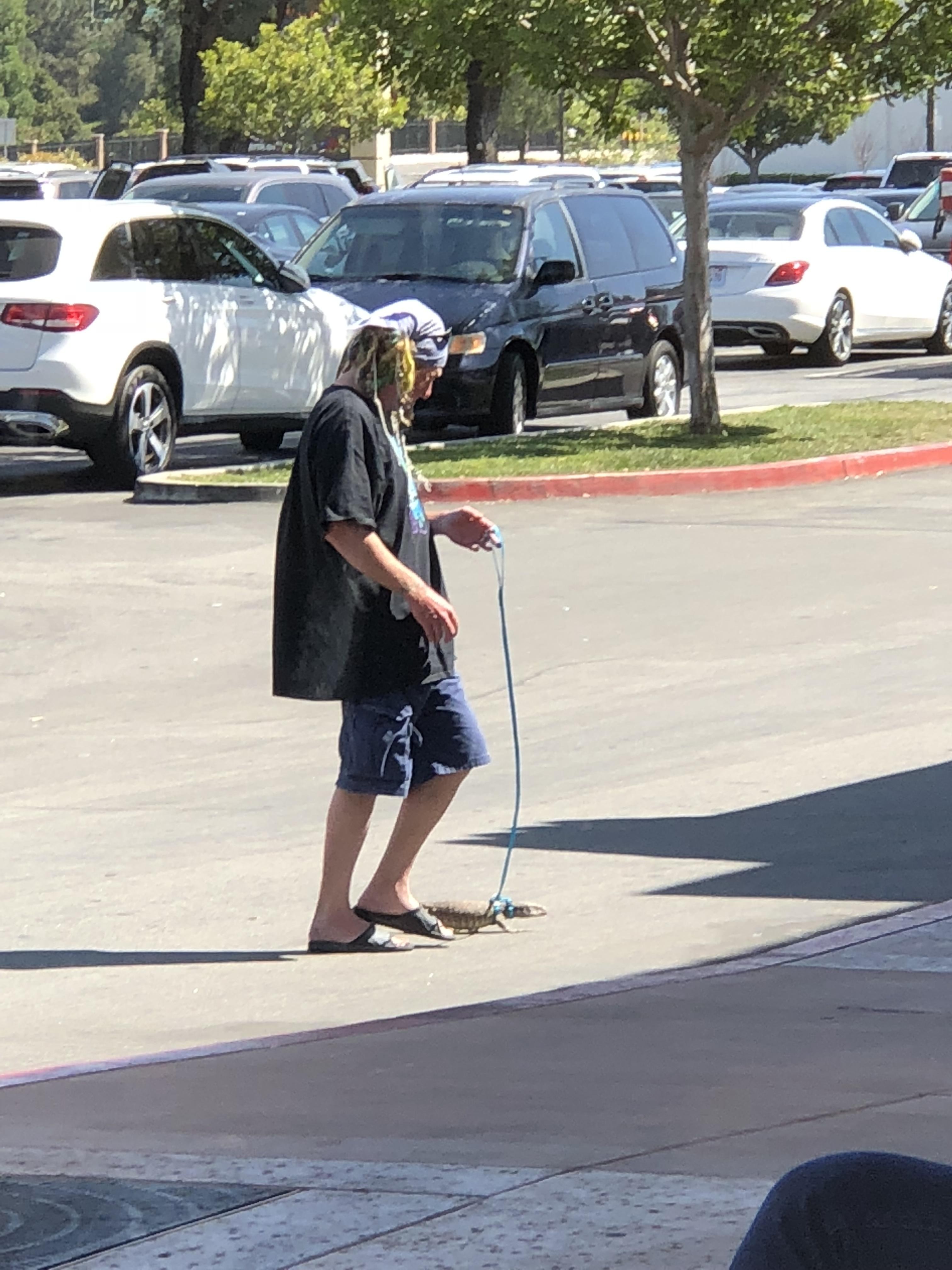 Embrace your inner freak and the rest should take care of itself. This dude is clearly comfortable in his own skin and doesn't care what anyone else thinks.

8. Why is this village shaped like the Millennium Falcon? 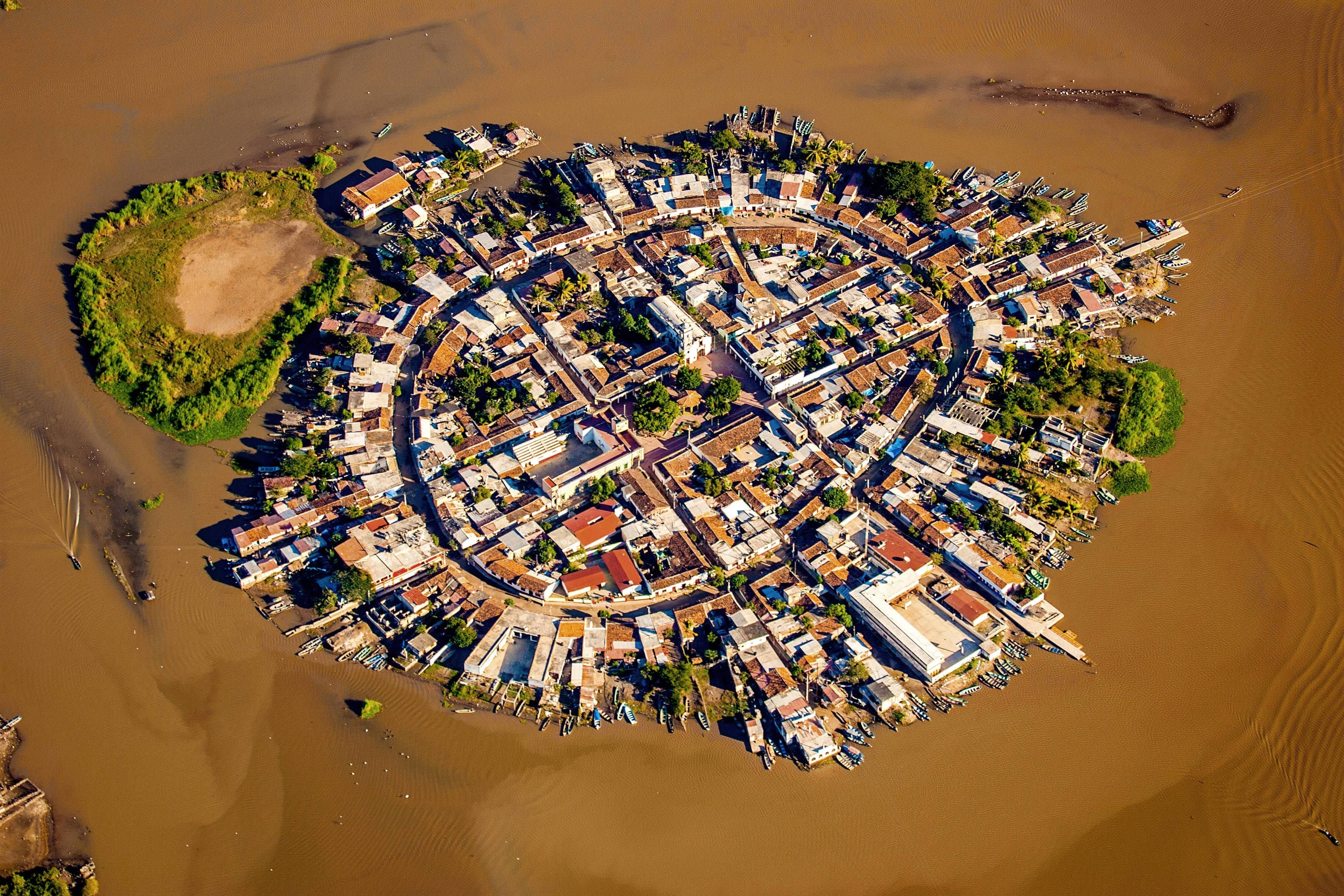 Mexcaltitán de Uribe is a human-made island known as the Mexican Venice. It's a tourist attraction accessible by boat that features a town square at its center.

9. This 3-D traffic calming measure might just cause a crash 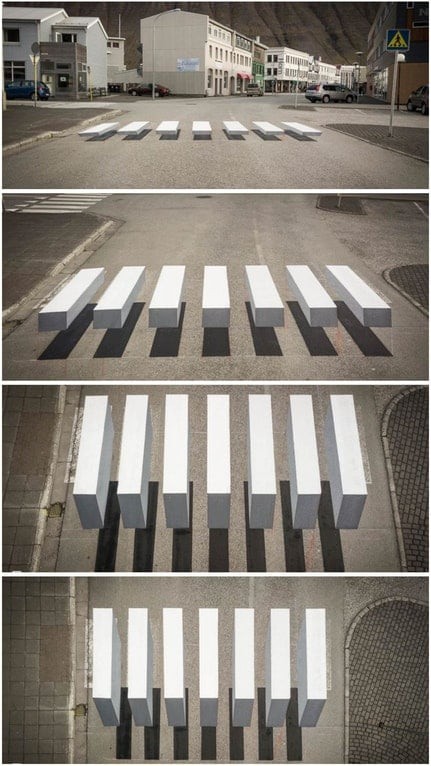 This attempt to lower speeds in Iceland is definitely creative. Here's hoping motorists slow down instead of swerving madly in a panic onto the sidewalk. 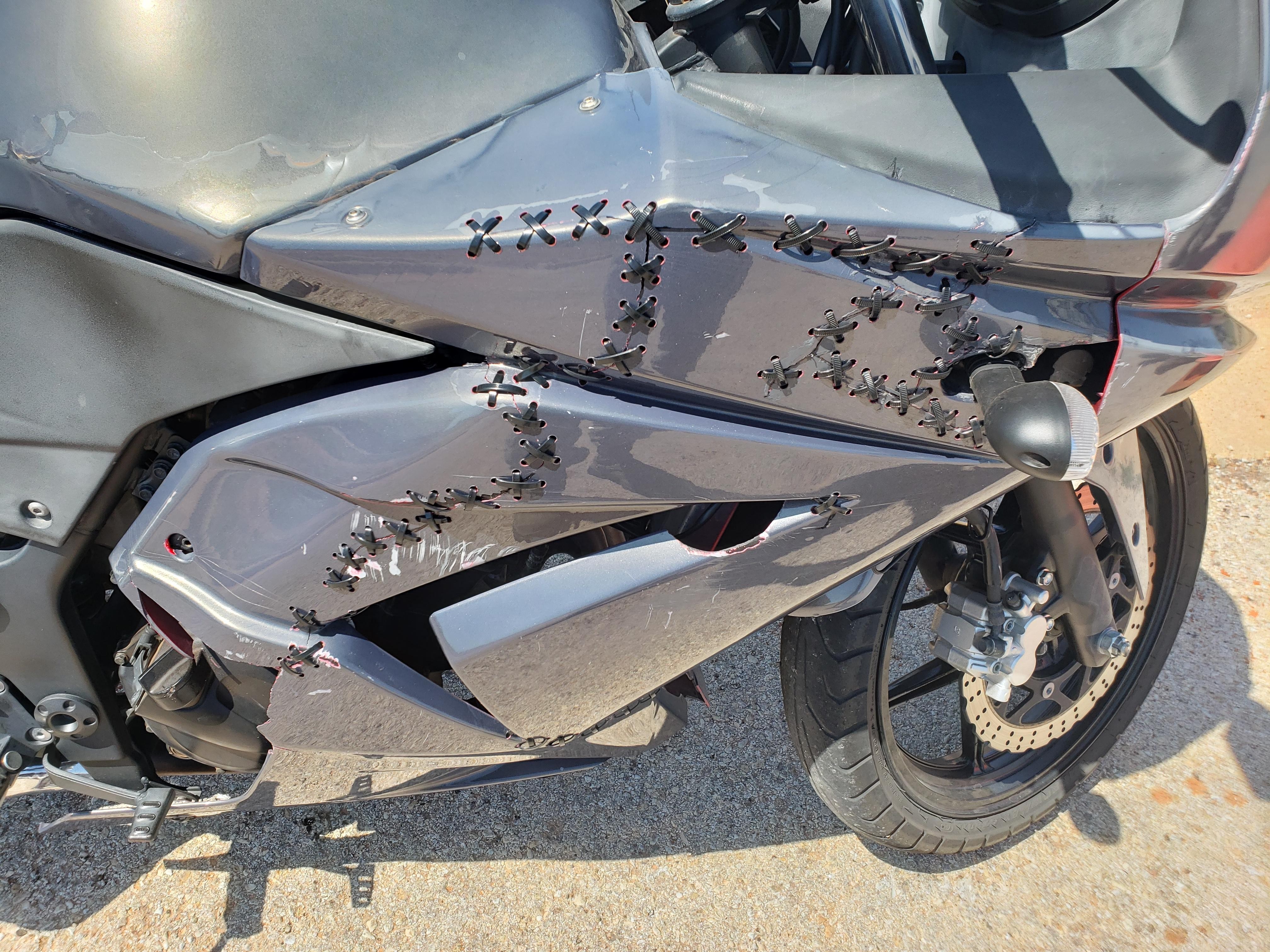 If there are this many stitches on the motorcycle, what kind of shape do you think the unlucky rider is in?

11. Big Ben and the Eiffel Tower on the tip of your pencil 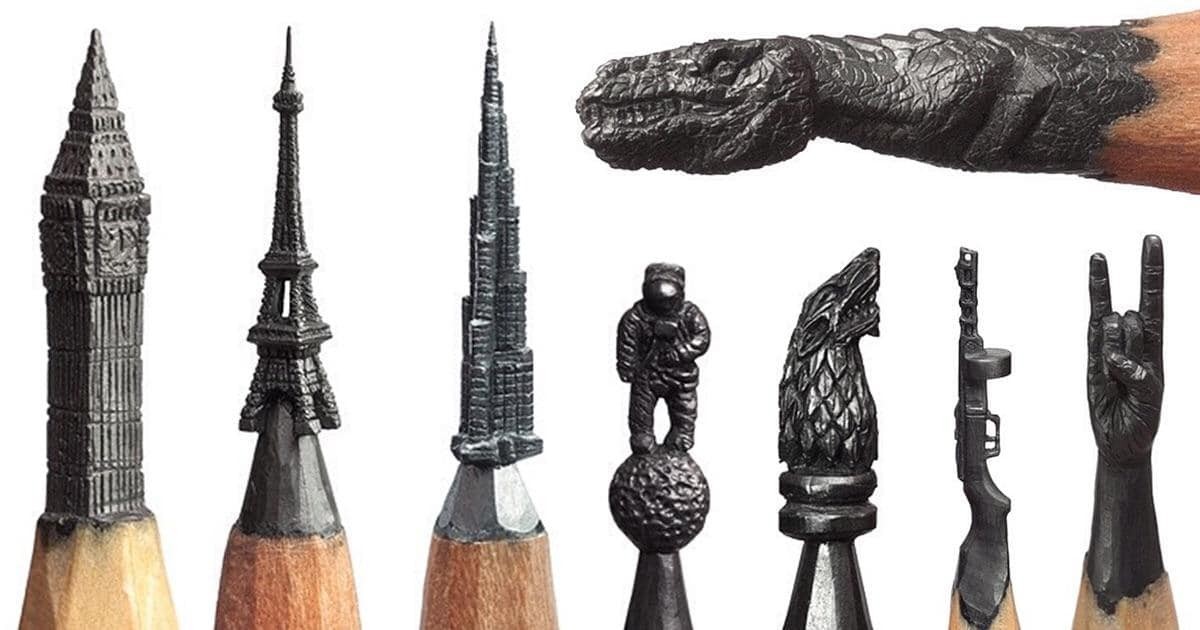 The painstaking craftsmanship required here hurts our brains. The level of detail is astonishing and the care necessary to avoid a broken tip are extraordinary.

12. This is eerie, right down to the Harvey Dent button 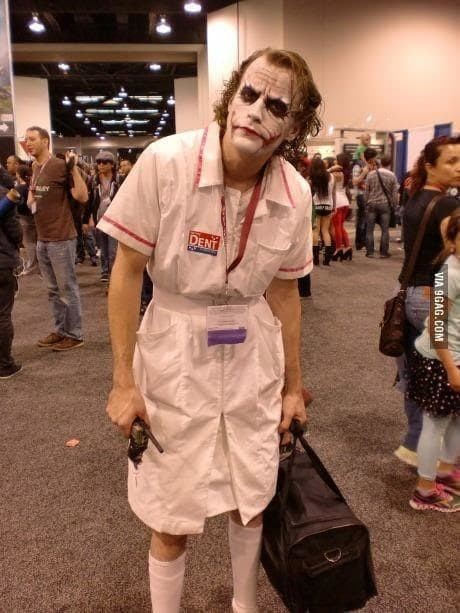 This Joker fan really gets into his role. He's the spitting image of Heath Ledger's Joker, perfectly mimicking the sad frown on his face. It's almost unbelievable. 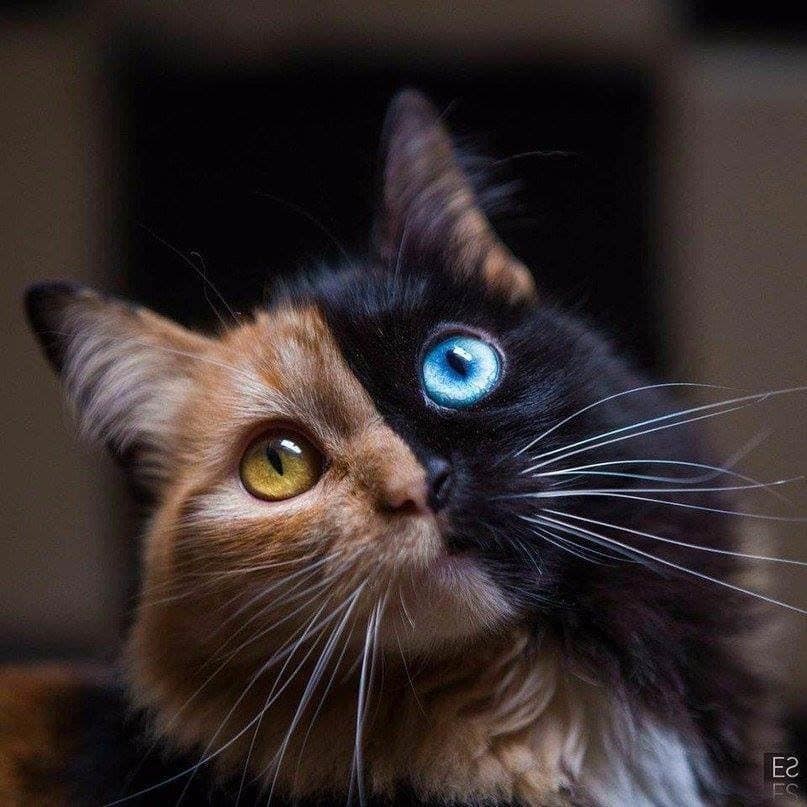 This is one confusing cat, and the longer we stare at it the more confused we get. The critter is definitely cute but also a little off-putting.

14. This man is earning rave reviews for his selfie sculpture 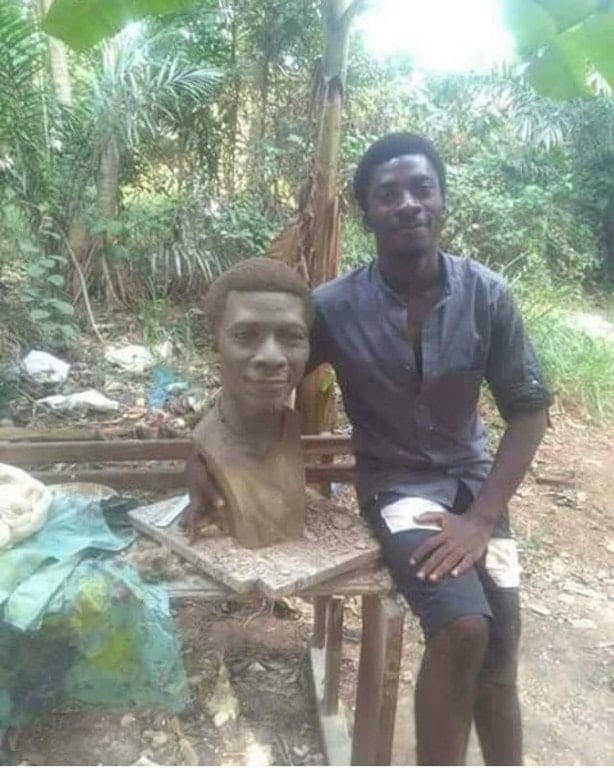 While he's no doubt talented, this man seems a little full of himself. Of all the people and things he could choose as a subject, he chose himself. An odd choice.

15. Finishing off this drawing gave the artist headaches 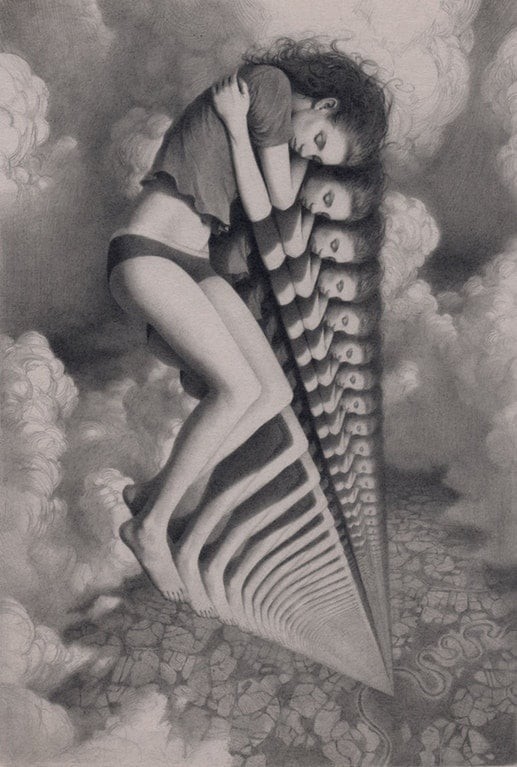 Trying to count how many bodies are in this picture hurt our noggins as well, so we just gave up and simply enjoyed the piece, which the artist titled "Projection."

16. "I think someone spiked my drink. That jar looks like it's melting" 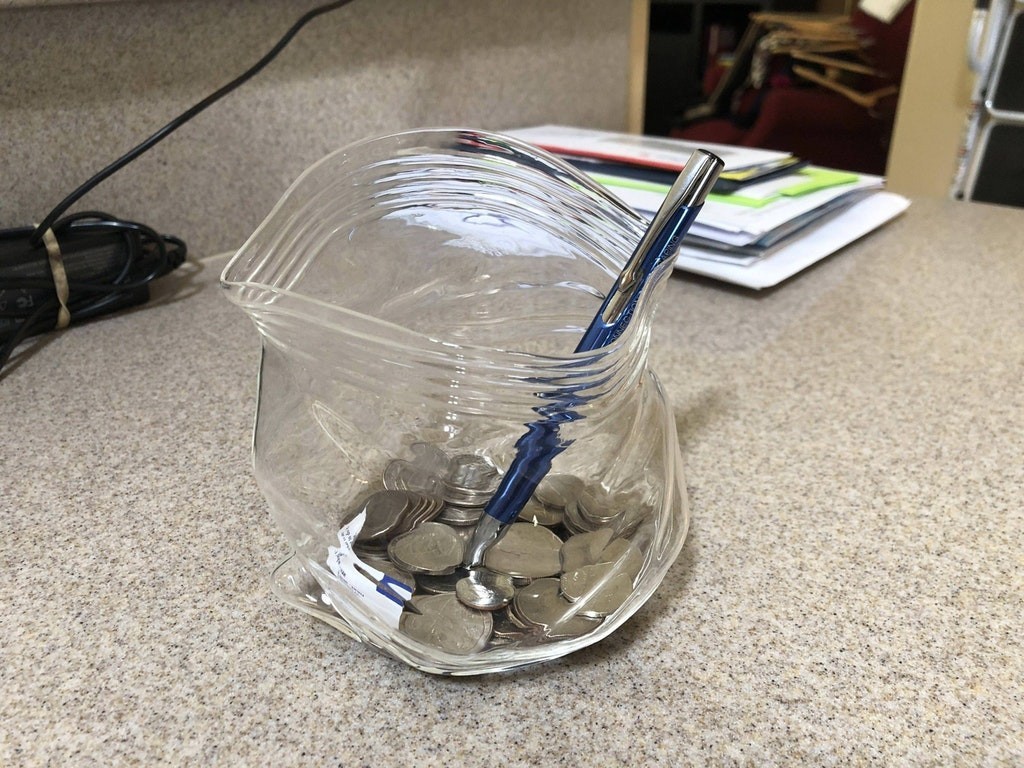 Don't worry. It's not you. Or your drink. That's just a jar designed for some reason to look like a Ziplock baggie.