Asiula
Admin
posted on 4 years ago
—
updated on 3 months ago
6,265
views
Lists
There are many myths and legends about women's quality of life in strict countries such as Saudi Arabia, but the fact remains that many rights and privileges we consider standard, don't apply to women in Saudi Arabia, or - at best - are severely limited.

1. They can’t go anywhere without a Mahram. 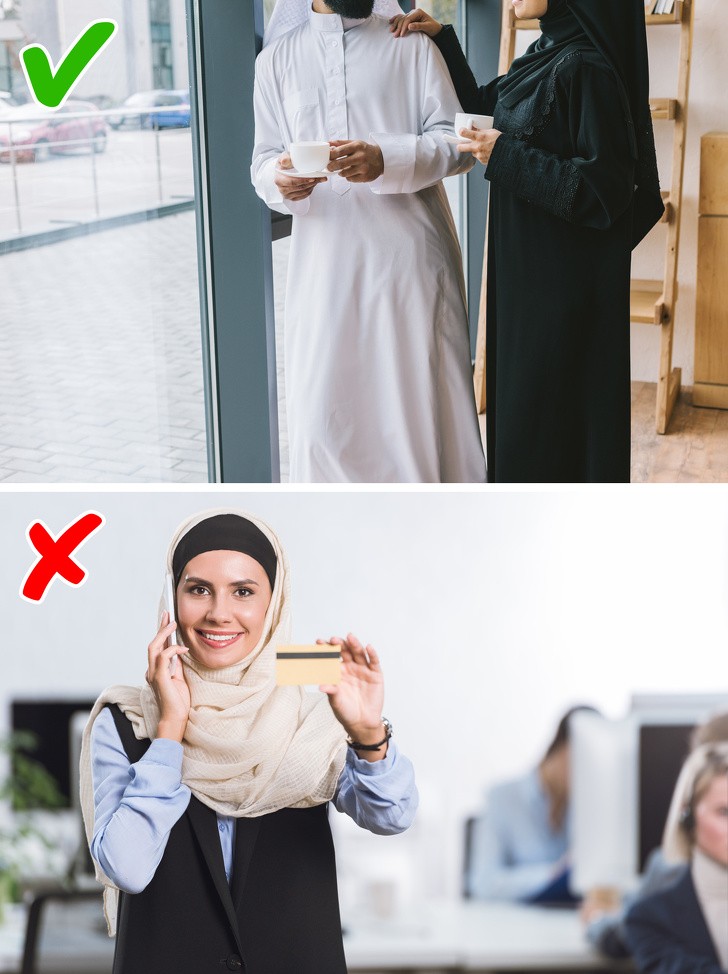 The women in Saudi Arabia don’t have the right to go anywhere without their husband or a male relative. This male person who accompanies a woman is called a Mahram. Without his approval, a woman can’t leave the country, get a job, get married, enter a University or even have surgery.

In case a woman needs to go to the police, a Mahram must be able to identify and speak for the woman because she can’t take her hijab off. In such conditions, even complaining about a Mahram is impossible. But the local women don’t have any riots against this. On the contrary, they actively protect their right to be under the care of a man.

2. They don’t have the right to a driver’s license. 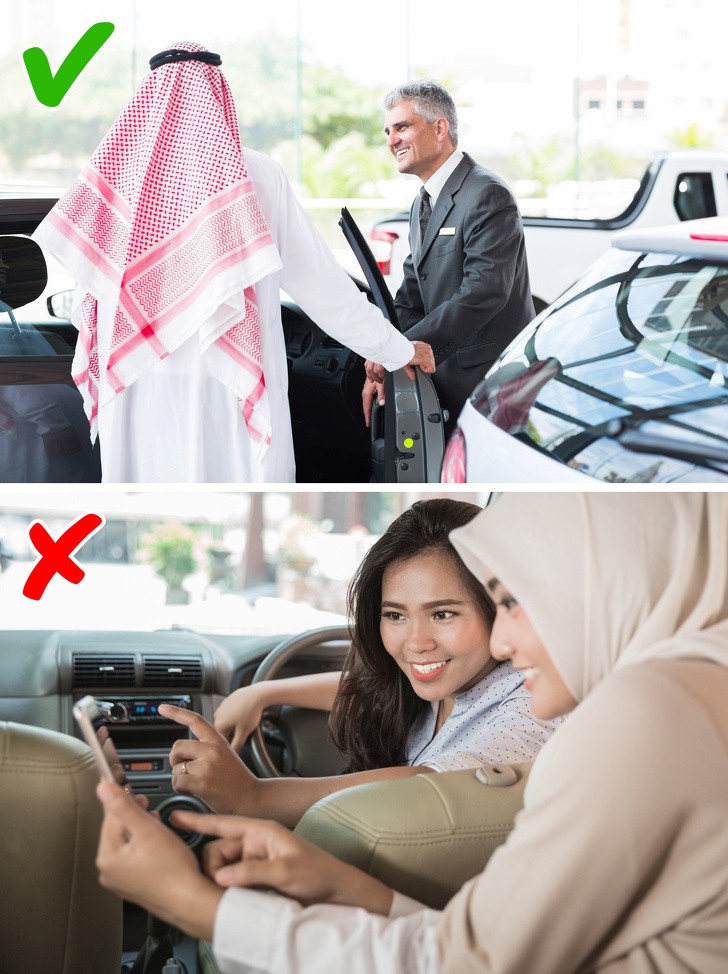 This information will soon be a myth. In recent years, in the Persian Gulf countries, a series of laws have been passed aimed at the liberalization of women. In September 2017, the King of Saudi Arabia announced a change in the law that will allow women to drive cars. The change will take effect in June 2018. However, a woman will need to get her guardian’s permission to drive. At the moment though, driving is still illegal. 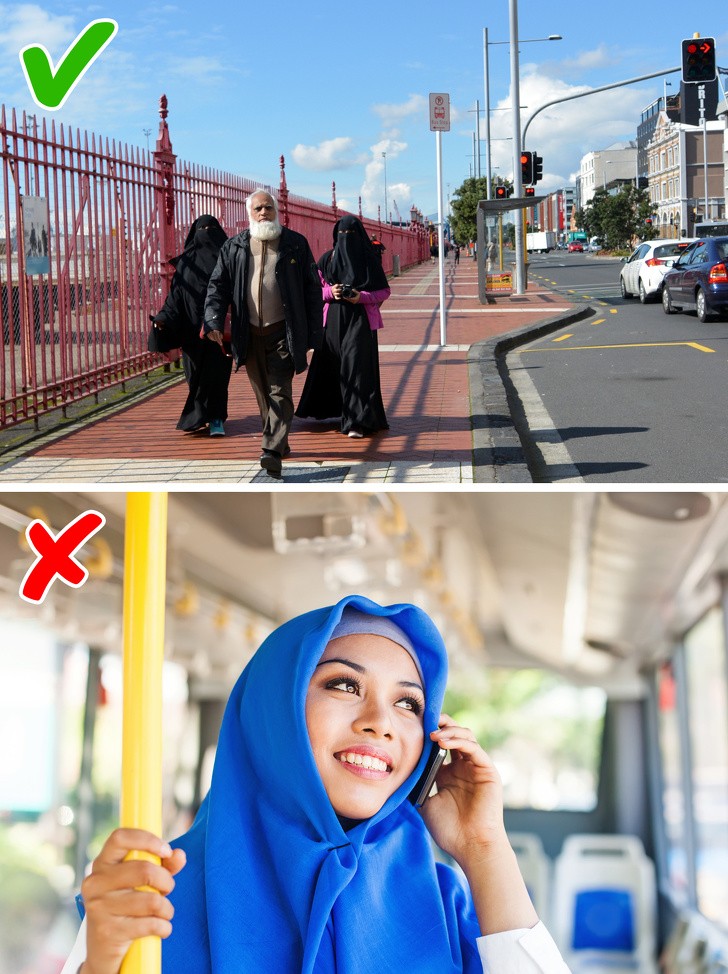 Well, if you can’t drive, you can always use public transportation, right? For women in Saudi Arabia, it’s not that easy. Taking a train is allowed but only in a separate car at the end of the train. And most bus companies refuse to transport women.

This is why women in Saudi Arabia have to walk, take a taxi or be transported by their personal driver. 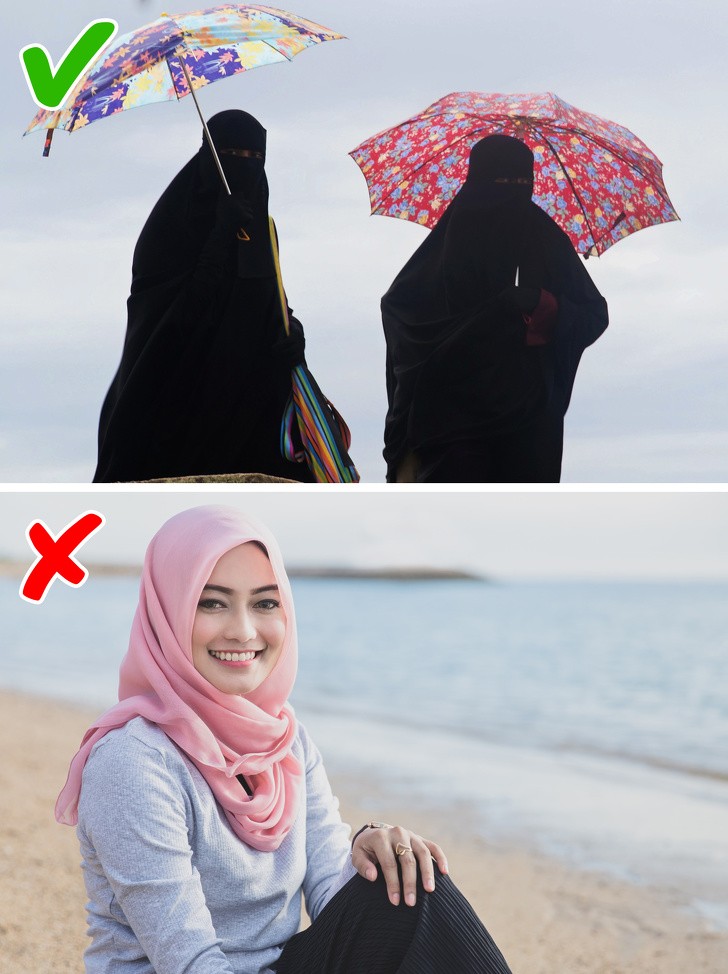 When on the street, women in Saudi Arabia cover their entire bodies, leaving only the oval of the face, her hands, and feet open. A black abaya (a long dress with sleeves) and a hijab (a covering for their heads) are the only two things a woman can wear. The clothes should be made of thick fabric, be baggy, and shouldn’t highlight their curves. The rules can be more or less strong. They mostly depend on the region. For example, Jeddah is a more liberal city and the Najd region where the House of Al Saud lives is very strict and conservative. In some regions, women are still required to wear a niqāb — a special garment that covers the face, leaving only the eyes open.

Mohammad bin Salman bin Abdulaziz Al Saud is the Crown Prince of Saudi Arabia and claimed that women have the right to refuse this strict dress code. We wonder if the women will listen to the recommendation since public opinion really matters to them. Sadly, if a woman is raped, she can be found guilty if her clothes are considered too revealing.

5. University education is not prohibited but it isn’t necessary. 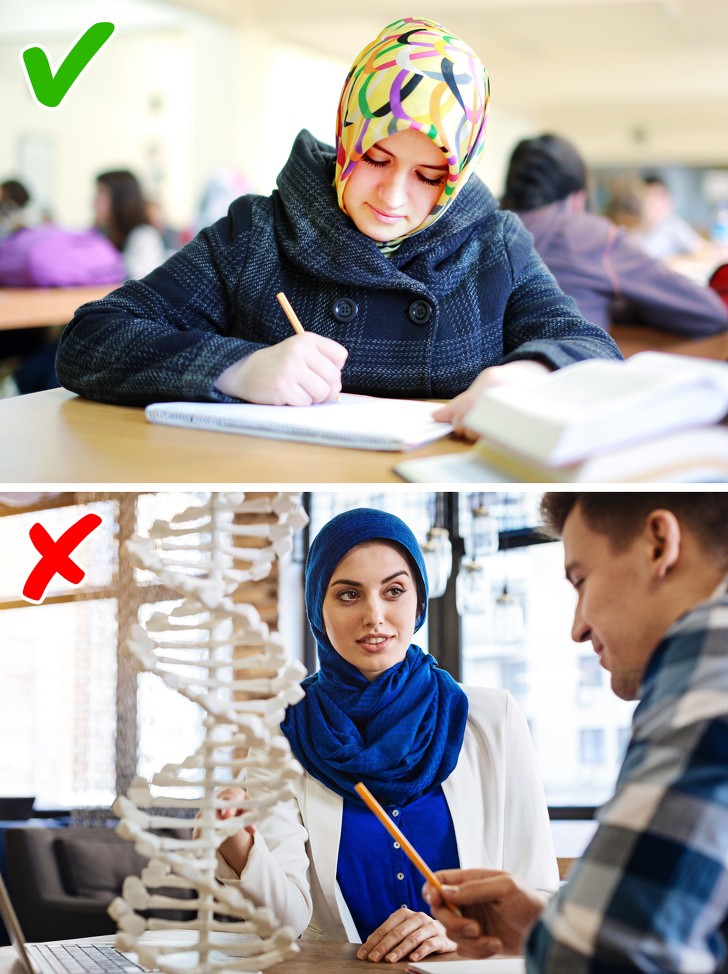 Women can study but there are a lot of limitations. This might seem strange but the percentage of women in Saudi Arabia who have a college degree is actually higher than men. But the quality of education in colleges for women is far from good.

If a woman’s guardian gives her permission, she can study outside of the country, but it is hard for women to get a scholarship. Most women have a pedagogical or scientific education. But they don’t typically work after college. 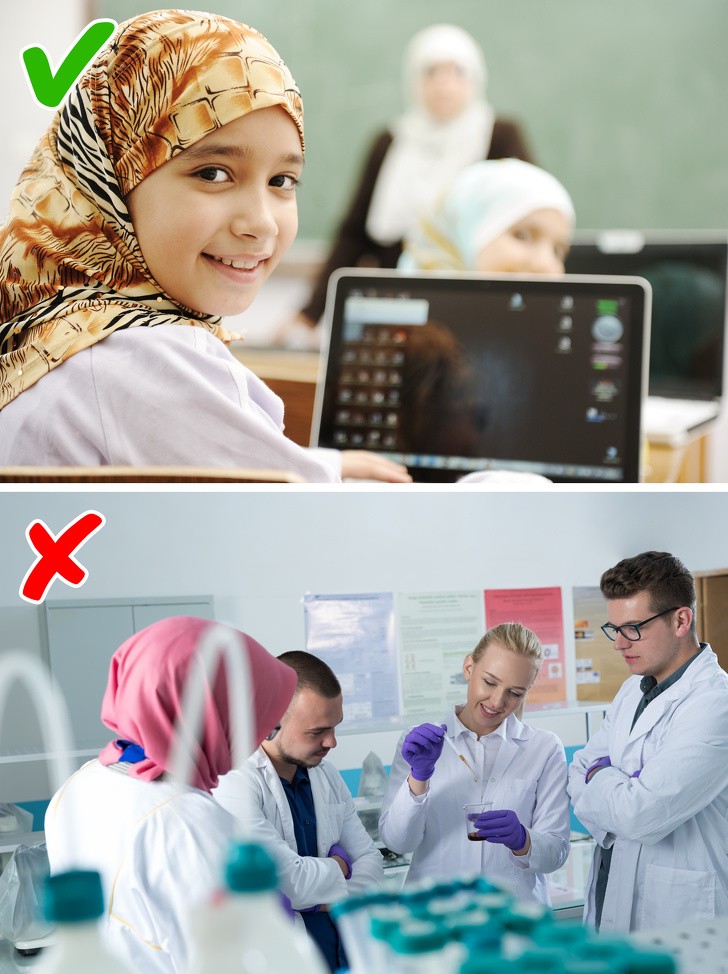 Despite the many reforms and lifting of bans, the percentage of working women here is only 17%. This means that most women in Saudi Arabia stay home and care for their children.

The Shariah doesn’t prohibit women from working as long as they don’t neglect their family responsibilities. If a woman wants to work, she needs permission from a male. The choice of professions is not very broad: they can be doctors, nurses, and educators, as long as they can avoid meeting new men. Women politicians and lawyers are rare exceptions. For women, it’s much harder to build a career than for men since they are paid less and don’t have bonuses such as medical insurance. In order to hire a woman, an employer would have to spend a lot of money on separate offices, toilets, recreational areas and even entrances.

7. Do women marry for love? 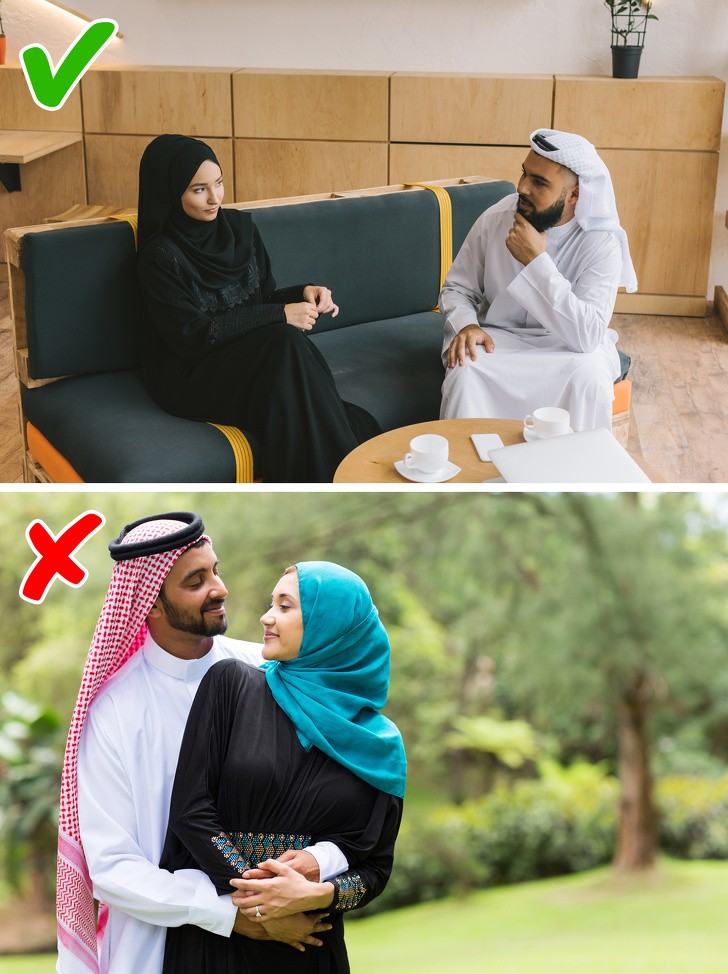 Family relationships in Saudi Arabia are one of the hottest topics for discussion. The thing is, girls here get married at a very young age, often before puberty. This is why many of them have to stop their education. More than that, early pregnancy and labor worsens their health and often leads to death. The father has the rights to a baby older than 7 years old.

There is no minimum age a woman must be to get married. Officially, forced marriages are prohibited but a contract between the future husband and the father of the bride is necessary. 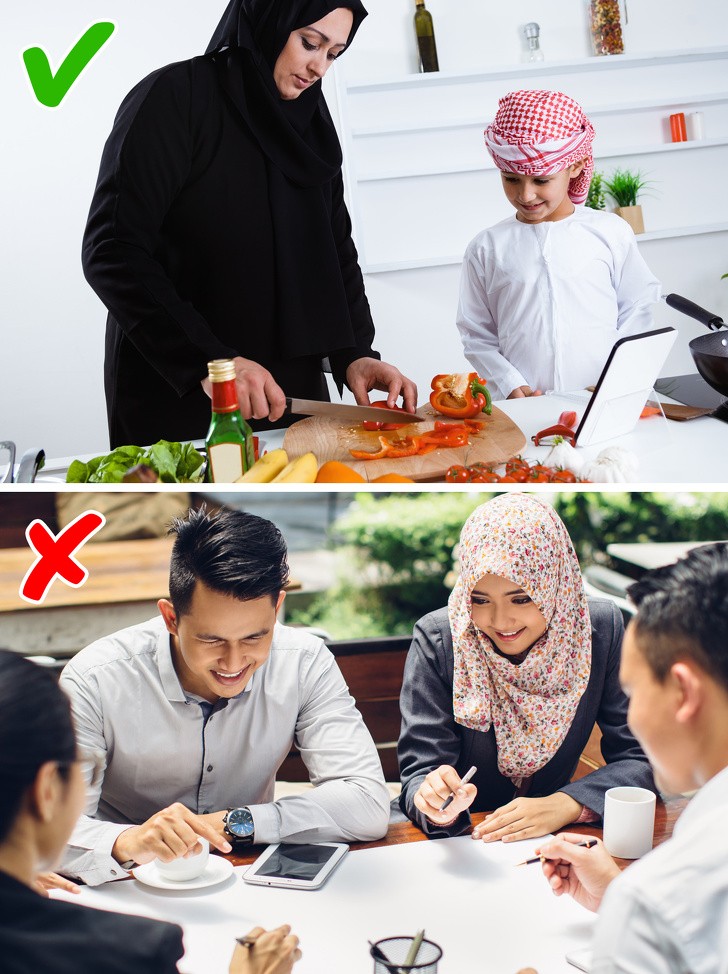 Women can’t have guests visit the house. Well, they can communicate with friends but only in their half of the house. At home, they don’t have to follow the dress code. Guests can only visit the other half of the house where women are not allowed. If a woman needs to tell her husband something, she can reach him via phone.

Most houses in Saudi Arabia have two entrances — one for men and one for women. 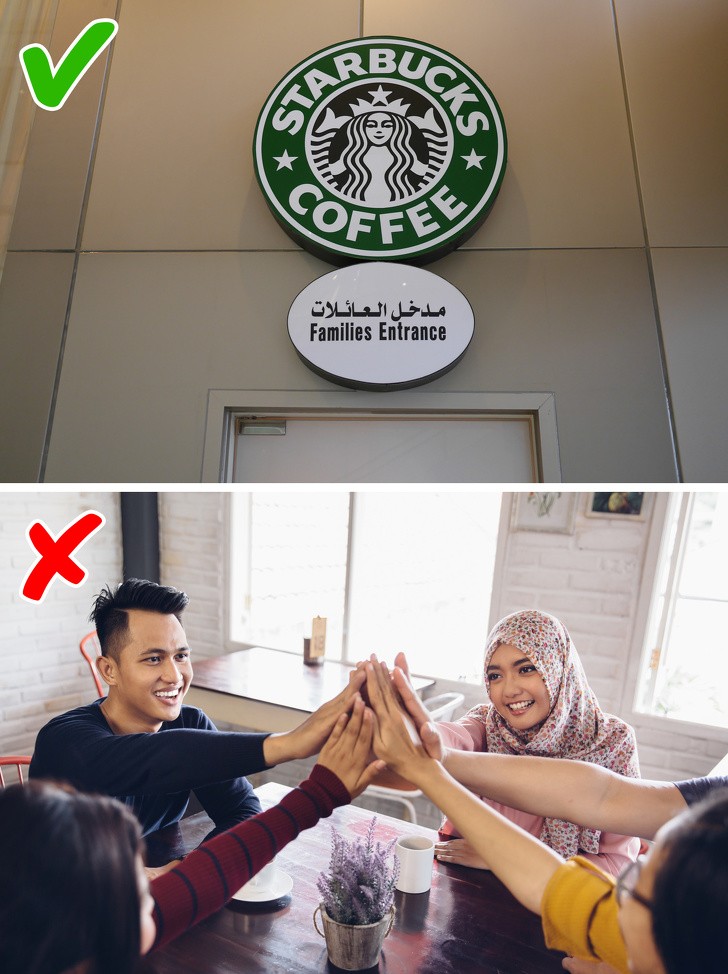 Gender segregation is one of the most basic principles of the lives of women in Saudi Arabia that helps them avoid contact with unknown men. It means that the society is split into female and male parts not only at home but also in public places like on beaches, in transport, and even in restaurants. This rule is especially strict in places where people eat. There are parts for family members, for bachelors, and for unmarried women.

Big western companies such as Pizza Hut, McDonald’s, and Starbucks don’t want to lose clients, so they follow the rules and are criticized for this by liberal citizens. Also, there are places in the country where gender segregation doesn’t exist in such a strict form like in hospitals, banks, and some other places. 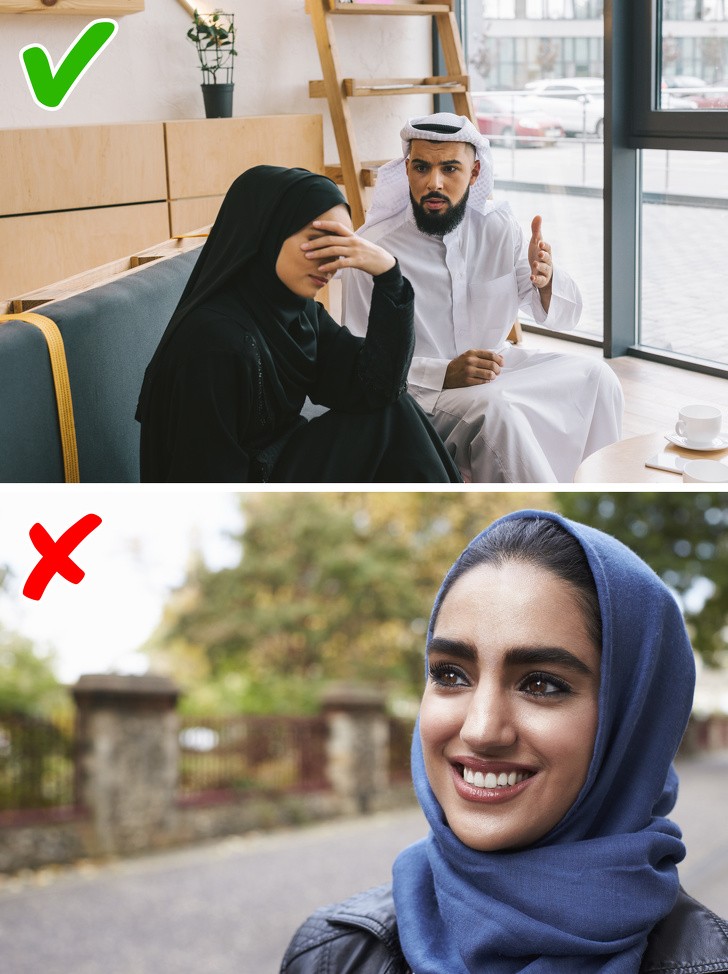 The testimony of a woman in Saudi Arabia is two times less valuable. In order to file a lawsuit, she needs 6 male witnesses. And the sentence may be based on tribal traditions, not on laws.

A child doesn’t have the right to become a citizen of Saudi Arabia if his father is a foreigner. According to the Qur’an, a man receives two times more than a woman when it comes to heritage. Women are usually excluded from the lists of heirs in rural areas. 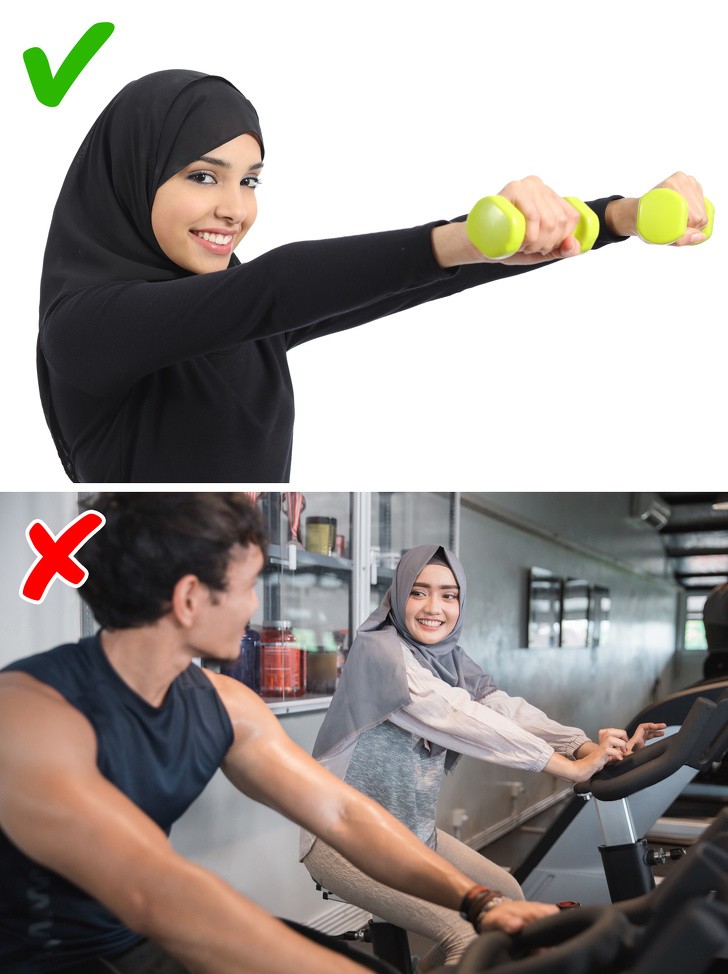 The women of Saudi Arabia received the right to represent their country in the Olympic Games only in 2012. The decision was made under the pressure from the International Olympic Committee. This was the first country in the world that didn’t let women take part in competitions.

However, it’s not easy to build a sports career in this country. Doing sports is frowned upon both by the government and by society. Women don’t get a special education and can’t use all sports equipment.

12. Bonus: What if a woman breaks the rules? 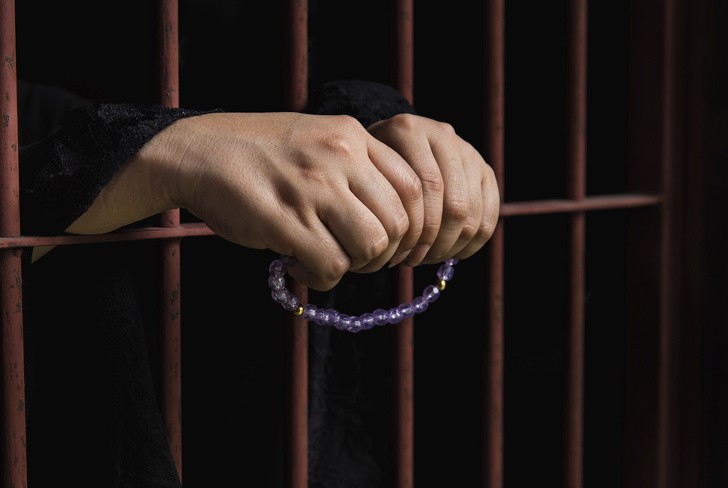 If a woman breaks a law or a tradition in Saudi Arabia, she will be punished and not in a fair way. The religious police can punish a woman for talking to an unknown man or for clothes that are not made of thick fabric. One of the lightest punishments is lashes.

There are many cases where women are brutally killed, even women who are not citizens of the country. The release from jail is only possible after a male guardian requests it. But he can also ask for a more harsh punishment — and then the woman will stay in jail for a really long time.

While much of the world criticises the rules of Saudi Arabia, the women in this country live their normal lives and many of them don’t want to change anything. This is probably because of ancient traditions and the differences in mentalities and religions.